Hey, whoa! It’s me! Writing a blog post! This is kind of surprising, because things got weird there for a while and I disappeared.

END_OF_DOCUMENT_TOKEN_TO_BE_REPLACED

I can’t blog tonight because I am physically trapped in a ridiculous situation. 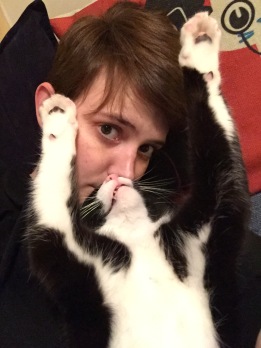 END_OF_DOCUMENT_TOKEN_TO_BE_REPLACED

Not so long ago, my house contained two cats: Sir Winston Purrchill and Benito Meowssolini. I don’t know if it was nature, nurture, or the way my roommate and I named them after warring leaders, but they couldn’t have been more different.

Winston, who is shy and sort of weird about keeping things clean, spends most of his time hiding under large pieces of furniture, trying to eat people’s hair, and unraveling toilet paper rolls because he thinks it’s funny. If I had my way, that’s what I’d spend my days doing, too.

Benito, on the other hand, loved meeting new people, chatting up a storm, and was not at all concerned about the amount of time he spent rolling in dirt and drooling on himself. We took him in after I’d watched him prowl our alley for a year, but once he was inside, all he wanted was to be outside again. He’d sit in the window for hours, throwing his entire body into the glass if a bird, human or fellow cat happened to come by. 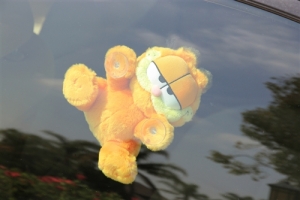 END_OF_DOCUMENT_TOKEN_TO_BE_REPLACED

On this blog, Sir Winston Purrchill has been variously described as a traitor, a spoiled brat and an unkillable demon. He is a mauler of extremities. He’s clearly on a mission to spread an even layer of litter — fresh or otherwise — throughout the house. His favorite hobby is staring you dead in the eye while you’re trying to pee. 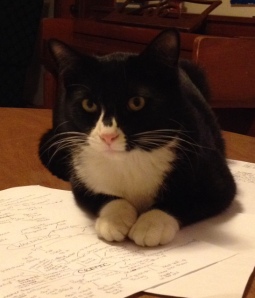