On my way to work on Monday, I shut a part of my body in the car door.

This happens often, actually. I’ve shut my fingers in there more than once, and when I had long hair, it would get caught in the door all the time. I wouldn’t notice this until I whipped my head around to try to execute a tricky merge. I’d merge alright, but I’d have to check later for bald spots.

This kind of thing has decreased by 4,000% since I got a pixie cut. I recommend them for that reason alone.

But Monday’s door smash was not like that. It wasn’t a finger, or a foot, or a long sweater on its way to becoming a much shorter sweater. No, the part of me that got shut in the door on Monday was my head.

It didn’t feel great. I knocked my glasses off of my face and bent the frames so that now they slip off my nose if I look too far down.

Which is a bummer, because that’s where all the best stuff is.

There’s a goose egg under my eyebrow that won’t shrink, and I spent the hour afterwards gaining a deep understanding of why Yosemite Sam walks around in a daze with birds chirping around his head whenever someone drops an anvil on him.

When I called my boyfriend later, he looked up concussions symptoms for me.

What He Asked and What I Answered

Eventually we determined that I was fine, just bruised and cranky. This did not prevent me from dramatically telling him goodbye in case I didn’t wake up the next morning.

I woke up. I’m totally fine, except for some lingering confusion. Namely, about how I managed to shut my head — a body part I rank in my top five — in the car door.

I wish I could say this is the first time I’ve done such a thing, but unfortunately it’s not even a little rare. I’m a member of the species Klutz, genus NoHandEyeCoordination ToSpeakOf. Things like this are my lot in life.

Perhaps you’ve seen my people misrepresented in Hollywood films. Anne Hathaway trips endearingly down a staircase at work, papers flying everywhere, right into James Marsden’s handsome arms. Sandra Bullock runs headlong into traffic after an adorable mutt she doesn’t even like that is already safely across the street tilting his head at her like she’s crazy. And she is crazy — crazy for Hugh Grant, who has just tackled her out of the way of a honking semi. Anne looks at James. Sandra looks at Hugh. They fall deeply in love.

As my frequently bruised brethren know, this is not how being clumsy works in real life. Oh, we fall into things all the time. It’s not love, though. It’s usually a ditch or an elevator shaft. My inability to move my body smoothly has never landed me a man. Sometimes I accidentally spit while choking on my own tongue, and that has landed on a man. That’s sort of similar. 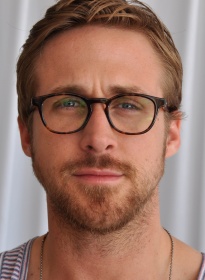 I’d spit on him any time.

Why do I walk around shutting my head in doors, slipping on supposedly slip-proof surfaces, and ramming my hands into any sharp pieces of metal within a two-foot radius? I’m not sure, but I have some theories.

Whatever it is, it makes me feel a little better to know there are people out there like me. You’ll know us by the way we’re often on the floor. By the wounds on our knuckles and the unexplainable bruises on our shins. By the fear in our eyes when confronted with anything fragile, heavy, hot, sharp, or remotely resembling a cliff.

If you’re not one of us, all we ask is that you turn a blind eye to our zany pratfalls and provide us with ice or band-aids when we need them.

If you are one of us, please feel free to join our club! We meet the third Wednesday of every month, helmets are complimentary, and all the corners in our clubhouse are padded.

P.S. If you’re into misrepresentation in Hollywood, here is a Life & Steph lecture about hotties vs. attractive people, and also Johnny Depp.