I’m afraid I won’t be posting anything to this blog today.

I hope no one was looking forward to it or anything, because it’s just not happening. I try to make myself post something once a week because I think it’s good writing practice and because I enjoy it. (I don’t enjoy blogging while I’m doing it, of course. I like it later, when a spambot tries to sell me knockoff purses by commenting “Fantastic publish, very informative. I’m wondering why the other experts of this sector don’t realize this!” on a post I wrote about how drinking water will turn you into a mermaid. Then it’s fun.) 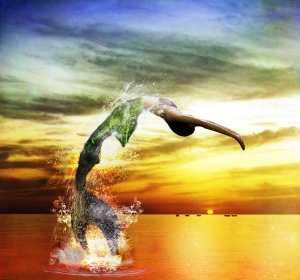 I’d like to become an expert within the mermaid sector, but I’m not really into the idea of grad school right now.

But today I tried to sit down and write a post and I didn’t enjoy it at all. This happens pretty often, actually. Sometimes Blog Night rolls around and I’m ready for it — I have a topic I care about, I have some solid jokes in mind and I have no problem structuring my thoughts. But other times I have less success.

Typical Reasons for Not Posting Something

1. I couldn’t think of anything interesting to write about. For example, today’s brainstorming list includes such sterling ideas as “Having boobs is the weirdest” and “Man, Winston’s so cute.”

Oh, did you think I was joking? I NEVER JOKE.

2. I thought of something I kind of wanted to write about, but then I couldn’t think of anything else to say based on that premise. This evening, I tried to write about showers. “I used to love taking showers,” I wrote, “but now I do anything to put bathing off as long as I can! Isn’t that… you know how… what a weird….” But that’s all there was to that idea. Just the one sentence about me being kind of gross and then a bunch of false starts. You’ll note that that is not an entire blog post. It’s not even a tweet.

4. I remembered that I don’t actually have to write blog posts. I try to make it a routine. I sit down at the same time on the same day every week and try to crank something out because if it feels like a job then I’ll follow through on it. But occasionally (read, every time I start to write) I remember that it’s not a job and that there’s cooler stuff in the world. Like television! And my cat! And Wikipedia pages about unsolved mysteries!

5. I got distracted by something. Usually television, my cat, Wikipedia pages about unsolved mysteries or any other part of the internet.

There’s no blog post here now because tonight was kind of the perfect storm. I didn’t have a topic, I didn’t have any jokes about the topics I thought of, and I spent all day writing at work and didn’t want to do more of it when I got home. And then I followed one too many blogs on Tumblr so its algorithm finally got a handle on stuff I like and started suggesting cooler stuff. And then my cat walked by and I was doomed. 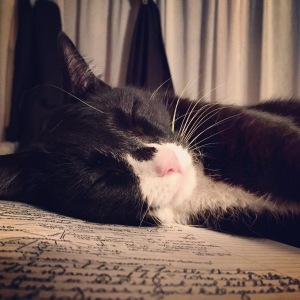 “Why would I do anything except pet him forever?” she thought, and briefly worried about her mental health.

It’s very easy to justify not writing something today, too.

1. Most of my subscribers are probably spambots anyway.

2. No one will notice if I skip a week. What’s that? I skipped last week, too? …Who’s counting?

3. What am I really gaining from blogging, anyway? A bunch of lovely internet people providing the validation I craved but never received from my parents in childhood hahahaha? Pfft. Unlikely.

4. There are so many bloggers out there who are funnier and smarter and better at writing than I will ever be. Why even try? Quitters never fail!

5. I work really hard, you know. I could use a break. I spent the last two nights really overdoing it — watching Game of Thrones on the couch while drinking a beer. Geez, Stephanie. Relax. Watch some Game of Thrones. Have a beer.

You seem SO tense.

As you can see, those are some pretty compelling arguments. So I didn’t write a blog post today.

What I Did Instead

1. Lifted Winston over my head and sang that Lion King song

3. Forgot I made tea

5. Was unpleasantly surprised by rediscovery of the tea

7. Legitimately wondered why it takes me so long to write stuff

And there you have it. That’s why you’re not reading a blog post right now. Instead you’re reading an 800-word rant that includes three lists and some pictures I found on the internet.