I’ve been hearing voices for a long time. Not in a schizoid kind of way, or even in an “I’m picking up Top 40 radio with my orthodontia” kind of way. The ones I can hear are not as friendly as Casey Kasem sounds. In fact, they’re downright mean.

I think (read: hope) even the most well-adjusted people face an inner critic from time-to-time. Even if you don’t hear a literal voice, you know what I mean when I talk about something nagging you deep in the back of your brain while you’re trying to accomplish something.

It’s like the meanest person you’ve ever met is standing directly behind your left shoulder, nitpicking every single thing you do. “That’s the worst thing I’ve ever seen,” your inner critic says. “I can’t believe you thought you could do this. YOU ARE RUINING EVERYTHING THAT IS GOOD AND DECENT IN THIS WORLD RIGHT NOW, YOU BOOGER-EATING FUNGUS LICKER. YOU RUN LIKE A WATER BUFFALO!”

That cuts right to the bone.

Besides spouting some very hurtful lies about my dietary preferences, my inner critic is really good at stopping me from doing things. “No one has ever been as bad at this as you,” my inner critic says. “You will never be any good.”

I’m gullible, so I think, Oh man. That’s true. I should probably stop before I maim or mutilate someone through utter incompetence. So I stop. Stopping means I can’t practice. Not practicing means I never improve, and that means the next time I try, it looks like the inner critic was right– I am really bad at it. It became a self-fulfilling prophecy.

The second-worst kind of prophecy!

Often, my inner critics sound like people I know, which makes it easy to blame them.

The Voices in My Head

1. Family members. Mentally, I “hear” my relatives most often. One family member in particular is disappointed in every thing I do and totally convinced of my incompetence as a human. An imaginary version of my grandma chimes in a lot, too, shocked at some of my actions. In real life, I’m usually the one shocked by my grandma.

2. People I know in real life. In my brain, mentors are constantly being let down by my inabilities. “I expected so much from you,” they say. “But here we are. It’s too late now.” My friends are really mean, too. “You’re not as funny as you think you are,” they tell me. “I feel like you’re trying really hard.” “Yeah? I feel like you guys are real poop heads sometimes,” I say. They just bury their poop heads in their poop hands.

3. People who don’t actually exist. Theoretical children I don’t even have often tell me how much better I could be. I also regularly imagine an entire army of easily offended people who are waiting to come after me with torches and pitchforks.

4. My cat. Right now, Winston Purrchill is on the other side of the room, completely absorbed by the world’s most fascinating bottle cap, but in my head he’s extremely judgmental and finds the rhetorical questions I ask him juvenile and inane.

With one or two exceptions (Winston), none of these people would ever say anything that cruel to me in real life. Unless I’m very much mistaken and everyone I know is secretly a monster with no sense of basic human decency, they wouldn’t even think it. In fact, I only know one person mean enough to say stuff like that to me — me.

I’ve started to notice that the inner critic is a terrible defense mechanism I whip out when I’m feeling lazy or scared.

My inner critic starts lashing out:

1. When I’m writing. I’ve gone weeks between blog posts because the critic in my head starts with things like, “You’re not creative. Good luck coming up with a topic.” When I do, it says, “‘How to Recognize Different Types of Trees from Quite a Long Ways Away’? That’s not an idea. That’s the name of a Monty Python episode, you hack.” If I do finally write a post, a sick part of my brain tells me it’s terrible: “It doesn’t even make sense. Five of these words are made up!” Even if I like what I wrote, the critic sees that as a failing. “This post is brutally honest or important to you in some way? NO ONE WILL LIKE IT.” 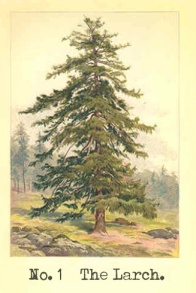 2. When I’m speaking to unfamiliar people. Are you a person I don’t interact with regularly? Guess what? I second-guess every single thing I say or do during our conversation. I’m still thinking about it when I’ve gone home for the day. Years later, I’ll think of it late at night and cringe at the ceiling. It will haunt me until my death. But it was nice talking to you, too.

3. When I’m at work. While my inner critic has stopped me from hitting ‘send’ on a strongly worded email or two, it has also occasionally prevented me from voicing any opinion at all. “Who are you to boss anyone around?” it says. “You have virtually no experience. You were recently a fetus.”

I will say this for the inner critic: it makes me try harder. The next blog post will be better. The next conflict at work will be smoother.

I’m getting better at ignoring it. I used to flail around during small talk, paralyzed by the mental beating I was taking. Now I shush it and say any random thing that pops in my head. It’s not the best strategy, but it’s better than what I had.

“Good morning! I found a dead cat under my shed!”

Every time I get those voices to shut up, I reward myself with a cookie.